A Conversation with Steven Holmes, Founder of Springfree Trampoline 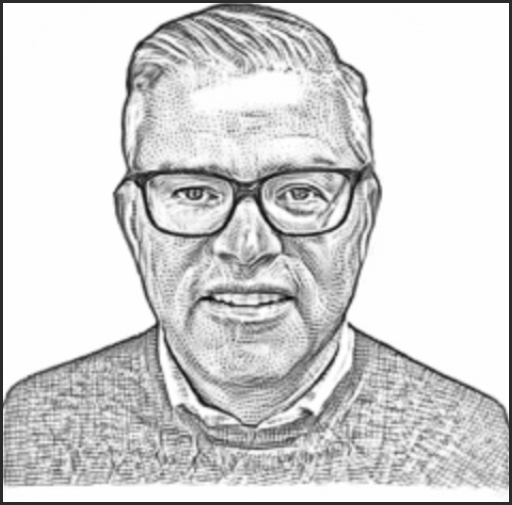 Over 15 years ago, New Zealand engineer, Dr. Keith Alexander worked on creating a safe trampoline for his family. In 2002, an initial prototype made its way to Steve Holmes, an entrepreneur based in Canada. 'Crude' as the initial prototype was, Steve saw something in it and the journey to becoming Springfree Trampoline's Chief Activity Officer began. Steve kindly agreed to share a little about this journey and some of the things he learned along the way.

1. We’re curious to learn how you discovered Springfree Trampoline, and your journey leading up to becoming the Chief Activity Officer at Springfree?

I was introduced to Springfree by a colleague in New Zealand who was working at the University of Canterbury, in Christchurch, in what was called Canterprise. Canterprise was focused on commercializing University inventions and Springfree was one of those inventions. I received an image of a very crude initial concept by Dr. Keith Alexander and I say ‘crude’ as a compliment, because it worked and was functional in its design. Following our discussion in April 2002, a one-off, hand-built trampoline without an enclosure was sent to me. My kids jumped on it and loved it. That is kind of how the journey started. In October 2002, I went to New Zealand and shortly thereafter we started making, investing and ultimately buying the intellectual property/patent from Canterprise and Dr. Keith Alexander.

2. When did you know that Springfree Trampoline was something you wanted to commit to building a market and future for?

First and foremost, I don’t know that you ever really, absolutely know that there is a market until you do some work. I knew I wanted to try and test it when we received the very first model. My daughter, Katie, who was 12 at the time, and all of her friends from school, were here in the backyard for the unveiling and testing of it. They all really liked it. I knew from that moment, that kids, who were athletic and gymnasts, would use it. They really loved the idea of something new, something cool, something different. That was the first time I saw evidence that we needed to investigate more.

We then had the parents provide their feedback. Their feedback was pretty quick and pretty clear. For example, there was no visual edge, so when the kids were in the air it was quite hard to actually figure out where the edge of the trampoline was. We then developed lines to create a visual edge.

That is kind of how we got it to the stage to take it to what was called the Sporting Goods Manufacturers Association Trade Show. The first year we went, it was in Las Vegas. We got some amazing feedback that put us on the development track before we went back to the SGMA in Orlando, Florida, in January 2004. That was the first time we knew there was strong market potential and to try and invest and develop it to sell. We started in Australia and New Zealand. They were the very first markets; we launched for the 2004 Christmas season. 3. What are the key values of Springfree that you attribute to the success of the business?

There’s no question that any brand success is dependent not only on the brand’s product, but most importantly on the integrity by which that brand is presented to consumers. It doesn’t take long to prove that consumers will see through a phoney brand. Quality and safety were at the core of our brand, but we had to actually show that with some integrity to prove to consumers that we could do it. We did make some mistakes along the way.

And when you say the success of Springfree, I think we’re still building on what is successful. We’ve got a great business and we’ve been successful, but I remember at the very, very beginning of selling Springfree that internally we said, “we can sell 100,000 pieces a year.” If that’s how I was measuring success, we’re not there yet, but we continue to try and I think our brand represents a brand of success.

4. How would you like to hear customers describe Springfree Trampoline, as a company or product, in just a handful of words?

I think I go back to the prior answer which is that word, integrity. I hope that customers describe Springfree as a company which has integrity, honesty, great character and deals with its customers in a way which values their experience with the brand and the product, and delivers on the promises they make.

5. In your opinion, what sets Springfree apart from other trampoline designs?

Springfree is the first company to build a trampoline where the spring and frame is below the jumping surface and out of harm’s way. In addition, we don’t have any steel enclosure poles. Our enclosure poles are flexible and redirect the jumper back towards the center away from any hard surfaces. So, that’s obviously what sets us apart, but I think the other thing that sets us apart is our warranty which completely covers everything for 10 years. I don’t think there’s anybody else providing a 10-year warranty on the complete trampoline. 6. Quality is very important to Springfree. Can you provide us a bit of background into the process Springfree goes through to ensure the highest quality is achieved?

I think there are two phases. One is in the design phase. In order to build a quality product, you actually need a quality design. First thing, we’ve invested in an engineering group that’s required to constantly look at our design to identify ways for continuous improvement to drive quality and performance. Second of all, is manufacturing. When we build the product, we use the best materials that are available. Then when we complete the build, we have internal controls and testing to ensure that what has been built, meets the expectation of our quality team. Those are the two things that really enable us to have a quality design.

7. Springfree has teams and offices across the globe. What’s your secret to keeping connected to teams across the business?

Well, thank goodness for technology, especially in this time of COVID. Normally, in the earlier days, I would like to visit every office and every market 2-3 times a year. Independent of that we still have phone, email etc., so technology has been an enabler to stay connected. But I don’t actually think that I deserve any credit for staying connected. I think the reality is, the single most important part for me, is the hiring process to hire good people. If you look at the people in our organization, I think that the character of the individuals and the quality of the people we have, enable us to stay connected. Even if it’s not based on frequency, but that when we are connected, we have a mutual understanding and mutual respect for how each other does business and this enables us, I think, to have a really effective way in which we do business. Are there things we can improve? Absolutely. Are there ways in which I can stay connected to the business more appropriately? Absolutely.

8. There have been many milestones for you on this journey. What are some of the highs and lows behind the milestones? What are a couple of stand-out memories and lessons?

There really are too many to mention, but a couple of lessons that stand out would be:

First lesson: Never give up and never underestimate the creativity of an inventor.

When we first introduced Springfree to the market in 2003, the feedback was positive, BUT everybody said “you can’t sell this without an enclosure.” I remember calling Dr. Keith Alexander and said, “Keith, the trampoline is good, but we need an enclosure” and rather than be discouraged, Keith went to work in his backyard. With the help of his kids, in a very short time, he produced an enclosure that had all the same attributes as the original trampoline….no hard surfaces, flexible and safe.  One year later, we presented the complete Springfree to customers and retailers around the world, an incredible accomplishment.

Second lesson: Never give up and never underestimate the people around you.

It was 2009 and we had been making huge strides with one of the world’s largest retailers. The expected volume was so significant that it would likely change everything. Then, on May 13, 2009, we got a call that the CEO of the company didn’t like trampolines and did not feel they were a product he wanted to sell anymore. I thought that was it. When the news was shared with the staff of Springfree, instead of giving up, everybody stepped up to rethink distribution, marketing, sales and build a more robust and sustainable business that has been built on the strength of its people.

9. Tell us about your ideal day off?

Well interestingly enough, the day I am providing answers for this Q+A, I have a day off to celebrate my 36thwedding anniversary. I’m trying to get a few business things done, then my wife and I will go outside and be active. We have tandem kayaks and tandem road bikes. Ideally, these along with time with our family, are ideal ways to spend a day off. 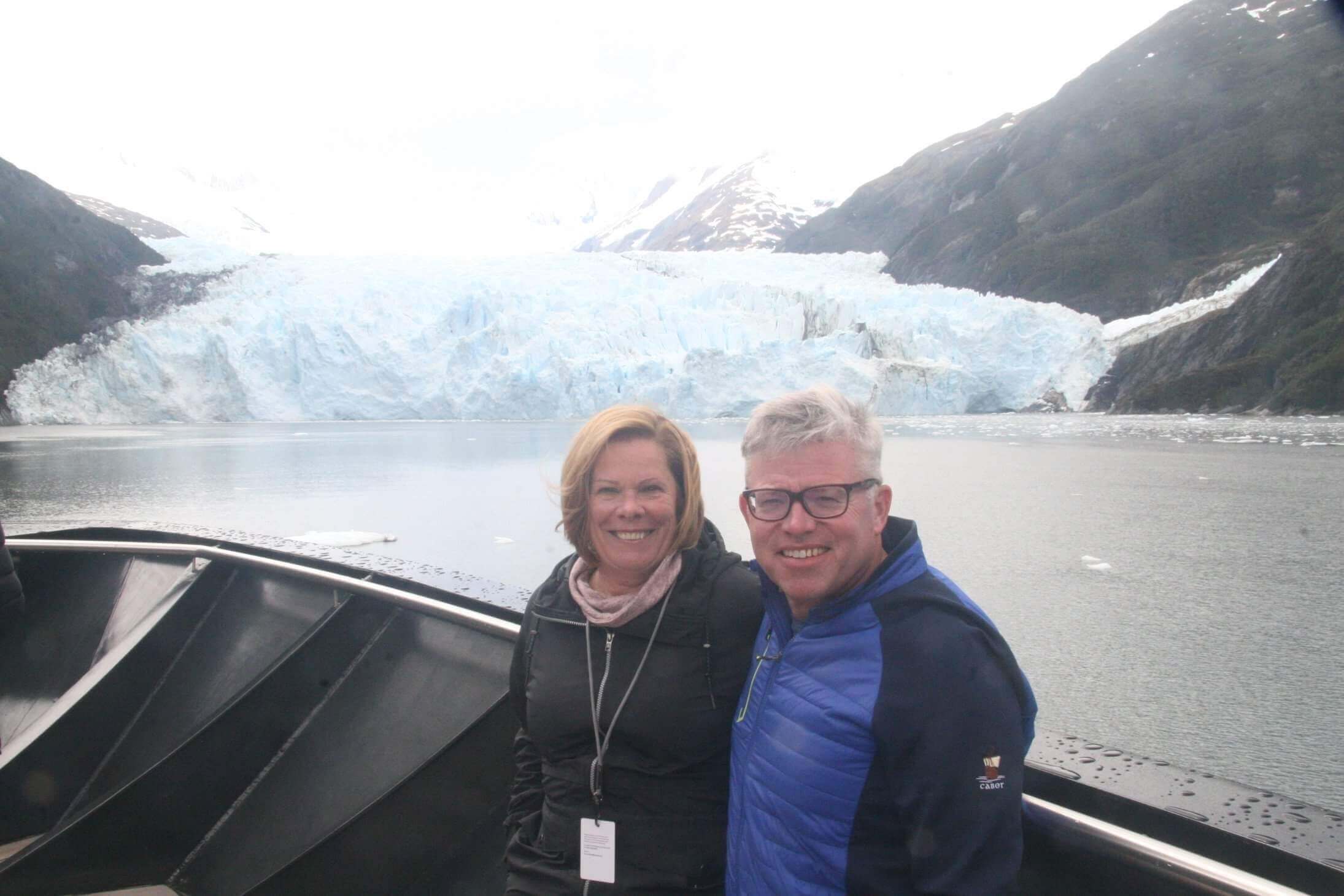 10. Finally, when the restriction levels are lowered, are you planning to get away and if so, where will you escape to?

I love to travel. Travel has been a part of this business and as an extension of that travel we try and go and see places in the world that we have never been to. So, there are a couple of places that would be ideal for Cheryl and I to see. We’ve been to Asia so much, but never been to Vietnam or Cambodia. Those will likely be places that we would consider.